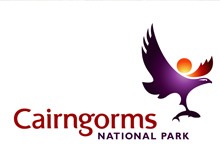 The Cairngorms National Park was established in 2003 and extended in 2010. It is easily the largest national park in Britain. The Cairngorms area is one of the finest parts of the Scottish Highlands holding the largest variety of near-natural land and wildlife in one continuous block in Scotland. This area is considered Britain’s foremost area of international importance for landforms and wildlife. The area includes the highest and most extensive range of Arctic mountain landscape anywhere in the British Isles.

The extent to which one aim of the National Park “to promote sustainable economic and social development of the area’s communities” has been viewed as taking precedence over the aim of conserving and protecting the natural heritage of this special area is currently a matter of controversy.

One of the internationally important habitats which has a key stronghold in the Cairngorms area for reasons partly of soil and climate, is Caledonian pinewood. Pine wood supports animals such as red squirrel, pine marten and wood ants and birds like the endangered capercaillie the largest member of the grouse family.

Carrbridge is the Northern gateway to the Cairngorms National Park.